When they fight, it’s similar to two dominant animals in the wild vying for their position within the pack.  Or like rival gang members.  Without any warning, they wake up and-with only one eye open- start yelling “No” at each other.  It’s a verbal drive-by at 6 am, and it can feel maddening and confusing as the parent/chief-trainer-of-their-character-and-social-skills.

And when they get along, it’s almost scarier than when they interact as arch enemies.  They join forces, get quiet and sneaky, and accomplish great feats.  The kind that usually end in major clean up.  Or major correction.  Or a search and rescue.

But whether it’s in love or in hate, they just can’t stay away from each other.  These 2 Middle Children are near-inseparable.  They have a language all their own.  Which is nice considering that Caramia’s English pronunciation is less-than-clear at this stage in the game.  We call it Mia-nese….her own special language.  Making her bilingual. 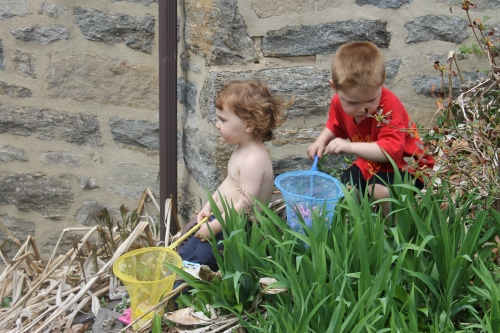 So you can imagine how stinkin’ funny it was when she quite clearly said “Sammy” the other day, to which Sammy exclaimed in equal parts shock and joy: How do you know my name?!?  I thought you only spoke Spanish?!? 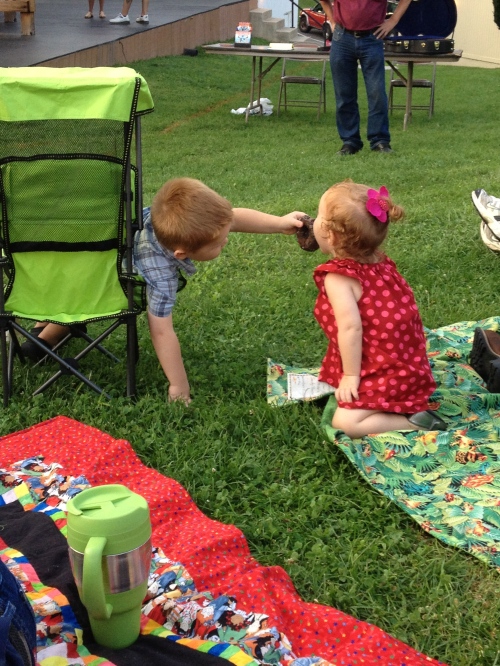 2 thoughts on “A language all their own”