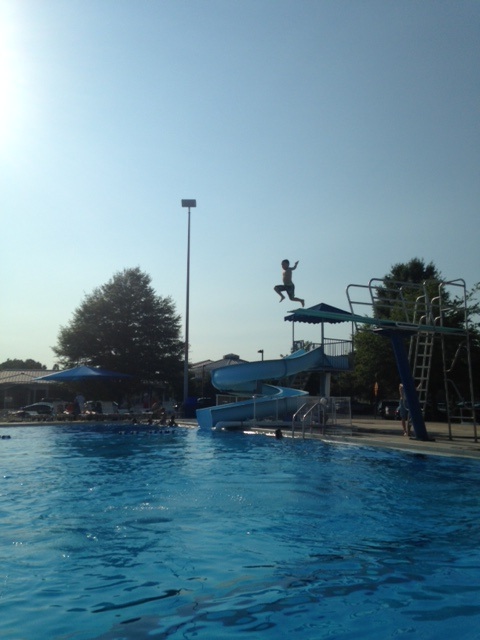 The kids and I are visiting Marine Corps friends at Quantico, which is always fun.  But this trip has been made extra-entertaining for several reasons.

And as an added bonus, there’s plenty of reading material at a Marine Corp pool via tattooed backs, lats, calves and chests.

Plus, if a huge fish falls from the sky and splatters at your feet, it’s all hands on deck to clean up the mess.  So there’s that.